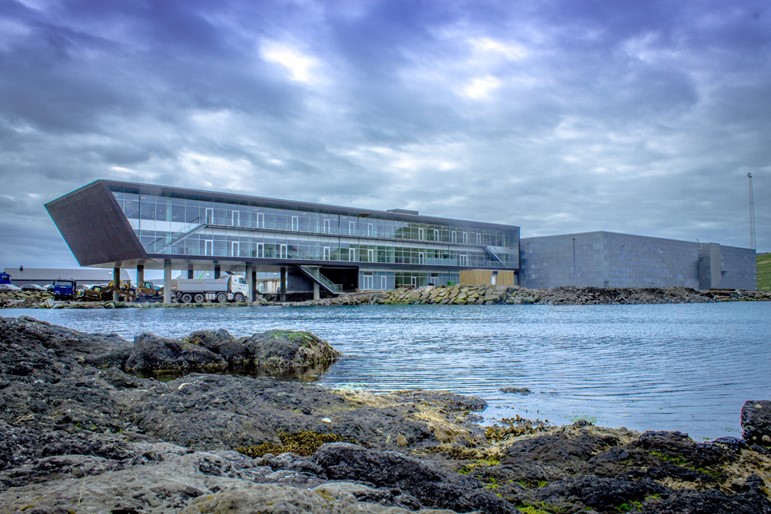 Overall, we are pleased with the results from the Faroese farming operation and our FOF segment. In this quarter, our farming operation in the Faroe Islands has continued on the trajectory to higher volumes. The biology has been good and sea lice levels low. The expansions of the Norðtoftir and Glyvradal hatcheries are also progressing as planned and will be completed later this year.

Despite disappointing results in our Scottish farming operation, we are pleased to see clear improvements during this quarter, following the challenging biology and high mortality we had in Q3 and Q4 2021. At the beginning of Q1 2022, the biology was still negatively affected at a few sites by the gill health issues in the two previous quarters. This caused elevated mortality at these sites. The issues reduced during Q1 2022 and in March we had no exceptional mortality, and the Scottish farming operation was profitable again. In this quarter, we also more than doubled our freshwater treatment capacity in Scotland with the introduction of our second large freshwater treatment vessel. We are confident, that this will significantly improve our ability to reduce the biological risk. This will be put to the test in the fall when the risk is highest. In Q4 2022, we also expect the Applecross 4 expansion to be finalised, which will enable us to be self-sufficient with high-quality smolt of significantly larger size than today. This will be the first major milestone in transforming the Scottish farming operation.

The disruption in global supply chains has strengthened the need for local sourcing. In this respect, Bakkafrost is in a good position as around two-thirds of our sourcing is from local suppliers, and we have good access to locally caught marine raw material for our feed production.

The salmon market has been exceptionally strong so far in 2022 with record high salmon prices. We do not expect prices to remain as high as they have been lately but expect prices to come down somewhat for the rest of 2022, however still on a strong level due to a tight supply outlook.”

In Q1 2022, the SCT farming segment had incident-based costs of DKK 24 million (DKK 8 million). The incidents were mainly in January and are zero in March.

Bakkafrost aims at giving the shareholders a competitive return on their investment, both through payments of dividends and by value growth of the equity through positive operations.

The long-term goal of the Board of Directors is that 30-50% of earnings per share shall be paid out as a dividend. The financial position of Bakkafrost is strong, with a solid balance sheet, a competitive operation and available credit facilities. The Annual General Meeting, convened on April 29th 2022, decided to pay out a dividend of DKK 5.14, corresponding to NOK 6.70* per share. The total dividend of DKK  304 million (NOK 396 million) will be paid out on or around May 20th 2021.

*The dividend per share in NOK is subject to changes depending on the exchange rate between NOK and DKK, which will be announced after the Annual General Meeting.

Salmon prices were 47.1% higher in this quarter compared to Q1 2021. Reduced supply, increased demand for salmon and general inflation on food prices have pushed salmon prices upwards. The demand for salmon has strengthened after Covid-19 restrictions have been lifted in most markets. This is reinforced by higher activity in the travel and hospitality industry.

Bakkafrost has a strong focus on ensuring a well-balanced flow to the different markets to increase diversification and mitigate the market risk. Bakkafrost operates in the main salmon markets, Europe, USA, and the Far East. Since the beginning of the war in Ukraine, Bakkafrost has stopped all trading with Russia.

The biological performance in the Faroese farming operation has been strong in this quarter. Sea lice levels and mortality rates have all been low.

With Bakkafrost’s new wellboat, Bakkafossur, which will have 7,000m3 tank capacity for seawater, 3,000m3 for freshwater and reverse osmosis system onboard, Bakkafrost’s capabilities to further reduce the biological risks in the Faroe Islands will be further strenghtened.

The expansion of hatchery capacity in the Faroe Islands to fulfil Bakkafrost’s goal to build an annual production capacity of over 23 million smolt of 500g in 2026 is progressing as planned. Operational adjustments and fine tuning have also been made in the smolt production at the Strond hatchery, which is now outperforming historical performance.

The farming operation in Scotland has performed much better in this quarter, compared to Q3 and Q4 2021. The main root-cause for the mortality in Scotland in H2 2021 was compromised gill health in combination with secondary complications, such as blooms of micro-jellyfish/hydrozoans and fish handling during necessary treatments and lack of fresh water treatment capacity. Towards the end of Q4 2021, the situation stabilised on somewhat elevated mortality rates, which for a few sites remained until the middle of Q1 2022. Hence, the situation improved during Q1 2022 and in March 2022, the Scottish farming segment did not have any exceptional mortality and the Scottish farming segment was profitable again.

Bakkafrost's implementation of the large smolt strategy in Scotland is progressing well and the current expansion phase of the Applecross hatchery is expected to be finalised by the end of 2022. By then, the hatchery will have the capacity to produce around 8 million smolt at 250g. Further planned expansion of the Applecross hatchery will be finalised by end of 2023 and bring the total production capacity up to 10 million smolt at 500g.

Having large smolt in Scotland is vital to transform the farming operation and reduce the biological risk in Scotland. It will however take time for Bakkafrost to materialise this as it takes time to build the necessary hatchery capacity.

Bakkafrost expects to release around 14.9 million large smolts in 2022 in the Faroe Islands and around 10.8 million smolts of around 120g in Scotland. The number and average weight of smolts released are key elements of predicting Bakkafrost’s future production.

The estimates for harvest volumes and smolt releases in both geographies are dependent on the biological development.

Bakkafrost’s long-term strategy is to sell around 40% of the harvested volumes of salmon as VAP products on contracts. The contracts are at fixed prices with a duration of between 6 to 12 months.

For 2022 Bakkafrost has signed contracts covering around 32% of the expected harvest volumes in the Faroe Islands and Scotland combined.

The outlook for production of fishmeal and fish oil is dependent on the availability of raw material.

Bakkafrost expects the production volumes of fishmeal and fish oil in 2022 to be on similar levels as in 2021. Havsbrún's sales of fish feed in 2022 is expected to be around 130,000 tonnes.

The major market for Havsbrún's fish feed is the local Faroese market, primarily Bakkafrost FO's internal use of fish feed, and the feed used in the Scottish farming operation.

Lately, the prices on vegetable raw materials have increased significantly. This affects the whole animal protein market as well as other food producers. Bakkafrost is in a relatively good competitive position due to the low inclusion of vegetable ingredients in the feed combined with low feed conversion ratio and good access to marine raw materials.

On the Capital Markets Day on 14-15 September 2021, Bakkafrost announced a 6.2bn DKK investment plan for 2022-2026. The investments will enable transformation of the operation in Scotland and provide sustainable growth in the Faroe Islands as well as Scotland.

The main purpose of the investments in Scotland is to replicate Bakkafrost's successful operation in the Faroe Islands. Bakkafrost will build 3 large energy-efficient hatcheries in Scotland, enabling the implementation of Bakkafrost's large smolt strategy and giving an annual production capacity above 18 million smolt at 500g. Having large smolt in Scotland will transform the performance, lower the biological risk and increase harvest volumes. In addition to building hatchery capacity, Bakkafrost plans to build a new processing plant to strengthen processing capabilities and Bakkafrost will also invest in more treatment vessel capacity to improve mitigation of biological risk. Further, Bakkafrost will make investments in marine site development.

The long-term market balance in the global market for salmon products will most likely remain favourable for Bakkafrost. Bakkafrost has a long val­ue chain and a cost-efficient production of high-qual­ity salmon products and will likely maintain the finan­cial flexibility going forward.

In December 2021 (with closing in Q1 2022), Bakkafrost entered a term sheet for a sustainability-linked 700 mEUR multicurrency revolving credit facility agreement with an additional accordion option of 150 mEUR. The facility has a tenor of five years, and the facility agreement is planned for signing by the end of February 2022. In combination with Bakkafrost's high equity ratio, the facility gives the necessary financial strength and flexibility for the Group's investment plans aimed at significant organic growth and structural cost reductions in Scotland. It will also enable M&A's and further organic growth opportunities as well as support an un­changed dividend policy in the future.