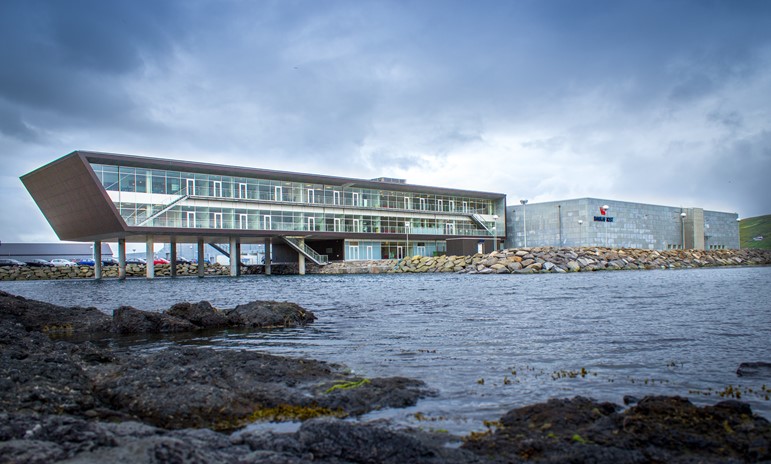 Commenting on the result, CEO Regin Jacobsen said:
“Overall, we are satisfied with the results from this quarter. The salmon market has been severely hampered by the Covid-19 pandemic, but during this quarter we have also seen clear signs of improvements in the market. The global supply of salmon in this quarter increased by nearly 16%, compared to the first quarter last year. Despite such increase in supply, salmon prices increased during the quarter. The demand for salmon has been very strong in the retail segment and during this quarter we have also seen demand from the food service segment picking up again. We expect this positive development to continue as Covid-19 mass vaccination progresses in the key markets for salmon. All in all, the salmon market outlook is good for the rest of 2021 as the global supply is expected to decrease somewhat, compared to the same period last year.
We are especially pleased with the strong results from the VAP segment. Once again, we have seen the benefit of having a flexible value chain which is of great importance to us to maintain our competitive position.
The farming segment in the Faroe Islands has performed well and the biology has been strong with good growth and low feed conversion factor. Quarter by quarter our average smolt size increases which also was the case in this quarter. In Scotland, the farming performance is gradually improving, and we expect to see some increase in average smolt size by the end of this year.
Our level of activity has been high in the first quarter of 2021. This applies to our production as well as to our ongoing investment projects in the Faroe Islands and Scotland. This creates indirect activities and jobs in the local communities where we operate and prefer to source from. The importance of this has been especially high during the Covid-19 pandemic. In this quarter alone, our sourcing from local suppliers in the Faroe Islands amounted to DKK 298 million.”

Market
The global harvest of Atlantic salmon was 14.4% higher in Q1 2021, compared to Q1 2020, according to the latest estimate from Kontali Analyse. Despite increased supply and continued market disruption caused by the Covid-19 pandemic, the market has been strong and able to absorb the increase supply and with higher prices towards the end of the quarter.
Looking forward the market dynamics will still be affected by the Covid-19 situation. However, market conditions have improved during this quarter, and further improvement is expected as Covid-19 mass-vaccination progresses in key markets.
Supply is shrinking short term. In Q2 2021, the global harvest growth of Atlantic salmon is expected to be negative with 1-2%, compared to Q2 2020. In second half of 2021 there will be no growth in supply, compared to second half of 2020. Overall, the market supply of salmon in 2021 is expected to increase around 5%, compared to 2020.
Bakkafrost operates in the main salmon markets, Europe, USA, the Far East and Russia. The Covid-19 pandemic has caused global market disruptions and a shift from foodservice to retail. These changes will remain for some time, however some normalisation of the market situation is expected during 2021. Due to our highly flexible value chain, Bakkafrost is well positioned to adapt to these changes and maintains a strong focus on ensuring a well-balanced flow to the different markets to increase diversification and mitigate the market risk.
Farming Overall, the biological performance of the harvested fish in the Faroe Islands has been strong during Q1 2021. The growth has been strong with very low feed conversion ratio and the quality of the harvested fish has been good.
The average size of transferred smolt continues to increase in the Faroe Islands, and Bakkafrost is well on track in pursuing the large-smolt strategy. In Q1 2021, the average weight of the transferred smolt was 382g (309g in Q1 2020) and is expected to increase to around 400g in 2021 and 500g in 2022. The main driver behind this development is the massively increased production capacity delivered by the Strond hatchery which is in full operation producing large and high-quality smolts. To add further capacity, the existing hatcheries at Norðtoftir and Glyvradalur are being expanded. This work is well under way and the increased production output will be available already in 2022, enabling Bakkafrost to produce 20 million smolts of 500g in the Faroe Islands.
The gradual improvement of the farming operation in Scotland is continuing. Several investments are made in the marine farming operation, however the main priority is on the planned expansion of freshwater capacity. This will be achieved with the construction of 3 large hatcheries, based on the same template used in the Faroe Islands. This will enable implementation of the same large-smolt strategy as pursued in the Faroe Island. The effect on the farming operation in Scotland will be gradual over the next years. Once fully implemented, the large-smolt strategy will be a game changer for the farming operation. The Applecross hatchery is one of the 3 future hatcheries and expansion of this hatchery is done in phases. One expansion phase will be complete this summer which will bring additional capacity and improved RAS capability.
Bakkafrost focuses on reducing biological risk continuously and has over the past years made significant investments to diminish this risk, but also to improve efficiency and ensures sustainable growth. The large-smolt strategy occupies a central role in this in the Faroe Islands as well as in Scotland.
Bakkafrost expects to release around 14.5 million smolts in 2021 in the Faroe Islands, compared to 14.3 million smolts in 2020, 12.7 million smolts in 2019 and 12.6 million smolts in 2018. The smolt release in Scotland is expected to be 11.0 million smolts in 2021, compared to 10.4 million smolts in 2020, 12.4 million smolts in 2019 and 8.6 million smolts in 2018. The number and average weight of smolts released are key elements production of predicting Bakkafrost’s future.
Bakkafrost’s harvest volumes for 2021 in the Faroe Islands are expected to be 66,000 tonnes gutted weight and 40,000 tonnes gutted weight in Scotland. Hence the total harvest volume is expected to be 106,000 tonnes gutted weight, compared with 85,686 tonnes harvested in 2020.
The estimates for harvest volumes and smolt releases in both geographies are dependent on the biological development.

VAP (Value Added Products)
Bakkafrost has made large investments in building a highly flexible value chain which includes a state-of-the-art VAP factory with high capacity. This enables Bakkafrost to adapt well to the rapidly changing market situations, which is a great advantage during market disruptions as the one seen during the Covid-19 pandemic. Due to the flexibility and large capacity of the VAP factory, Bakkafrost has been able to meet the significantly increased demand from the retail segment by redirecting volumes into the VAP segment.
For 2021 Bakkafrost has signed contracts covering around 28% of the expected harvest volumes in the Faroe Islands and Scotland combined. Bakkafrost’s long-term strategy is to sell around 40% of the harvested volumes of salmon as VAP products at contracts.
The contracts are at fixed prices, based on the salmon forward prices at the time they are agreed and the expectations for the salmon spot price for the contract period. The contracts last for 6 to 12 months.

FOF (Fishmeal, oil and feed)
The outlook for production of fishmeal and fish oil is dependent on the availability of raw material.
The ICES 2021 recommendation for blue whiting is 929 thousand tonnes, which is a 20% reduction from the recommendation for 2020. As of 30. December 2020 the Marine Stewardship Council (MSC) has suspended the certification of all Atlanto-Scandian blue whiting. During 2020, Bakkafrost has built up inventory of certified fish meal to ensure continued ASC-certification of the Faroese farming sites in 2021.
Bakkafrost expects a decrease in production volumes of fishmeal and fish oil in 2021, compared to 2020.
Havsbrún’s sales of fish feed for 2021 is expected to be 120,000 tonnes, depending on external sales.
The major market for Havsbrún´s fish feed is the local Faroese market, including Bakkafrost FO’s internal use of fish feed, and the feed used in the Scottish farming operation.

Investments
Bakkafrost’s investment programme for the period from 2020 to 2022 in the Faroe Islands, will amount to around DKK 1.8 billion, including maintenance capex, and will reinforce Bakkafrost’s integrated business model and ensure a capacity across the value chain to be able to produce 100,000 tonnes gutted weight of salmon in the Faroe Islands. The aim of the investment programme is to minimize the biological risk, increase efficiency and create sustainable organic growth. Bakkafrost’s focus on producing larger smolts plays a key role in achieving this goal.
All in all, Bakkafrost is on track with the investment programme. The hatchery at Strond is finalized, and the expansion of the hatcheries at Norðtoftir and Glyvradalur are well underway and one of the planned expansion phases of the hatchery at Applecross will be finalized during this summer. As these expansions are made to existing hatcheries in operation, the added capacity will materialize in
increased output sooner, compared to if they were greenfield projects. Hence the increased production from these hatcheries will be available in 2022.
In Q2 2020, Bakkafrost commissioned a new 7,000 m3 well boat with hybrid technology to reduce the carbon emission and ensure optimal energy consumption. The vessel will be delivered in H1 2022 and will play an important role in Bakkafrost’s large-smolt strategy and plans to grow beyond 100,000 tonnes in the Faroe Islands with offshore farming, as well as adding freshwater treatment capacity.
Bakkafrost’s recently finished Biogas plant is an important stepping-stone on Bakkafrost’s sustainable growth path, as it delivers an efficient and sustainable solution to waste management. By converting the growing biological waste from the increasing operation into clean energy, the biogas plant alone is expected to save the environment from 11,000 tonnes of CO2 per year. The Biogas plant is now operational, supplying electricity into the Faroese electricity grid as well as providing heating for the residents in Tórshavn, the capital of the Faroe Islands.
In addition to the planned investments in the value chain in the Faroe Islands, Bakkafrost expects to make investments of around DKK 350-400 million per year for 2020-2024 in the Scottish operation. A significant part of this will be invested in building 3 large hatcheries to increase smolt capacity and become self-sufficient with large smolt. The first of these hatcheries is the Applecross hatchery. Other suitable sites for the next 2 large hatcheries are investigated.
Investments have also been made in expansion of the harvest capacity in Scotland to increase the flexibility of the operation and accommodate the increased harvest volumes expected in coming years.
Bakkafrost has announced that a Capital Market Day will be held on 14-15 September 2021, where more details on the investment plan for the Faroe Islands and Scotland will be presented.

Financial
Despite the uncertainties imposed by the Covid-19 pandemic, long term market balances in the world market for salmon products will most likely remain favourable for Bakkafrost. Bakkafrost has a long value chain and a cost-efficient production of high-quality salmon products and will likely maintain the financial flexibility going forward.
During Q4 2019, Bakkafrost refinanced its bank facilities amounting to 352 million EUR with a further accordion option of 150 mEUR. In addition, bank facilities amounting to 100 million GBP were ensured to refinance The Scottish Salmon Company. In 2020 the two facilities were merged into one new EUR 463 million facility agreement (plus 150 million accordion option)
A high equity ratio together with Bakkafrost’s bank financing, makes Bakkafrost’s financial situation strong. This enables Bakkafrost to carry out its investment plans in the Faroe Islands as well as in Scotland, hereby strengthening the Group, enabling M&A’s and organic growth opportunities as well as to fulfil its unchanged dividend policy in the future.
Please find the Company’s Q1 2021 report and the Q1 2021 presentation enclosed.