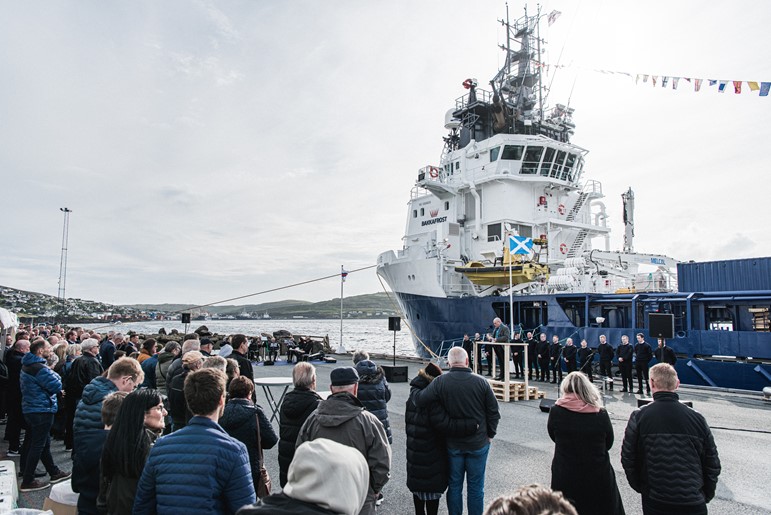 All guests were invited aboard to see the new vessel. Bakkanes has previously been operating in the Norwegian offshore industry as a supply vessel. At 241 feet long and 54 feet wide, Bakkanes is a sister ship to Bakkafrost’s FSV M/S Martin, purchased in 2016. Bakkanes is equipped with the FLS delousing system. It is the MEST shipyard at Skála that has repurposed Bakkanes to a FSV.

Bakkanes has now commenced operations, and it will primarily operate in the Scottish marine farming.

Below you can see pictures from the reception at Glyvrar. 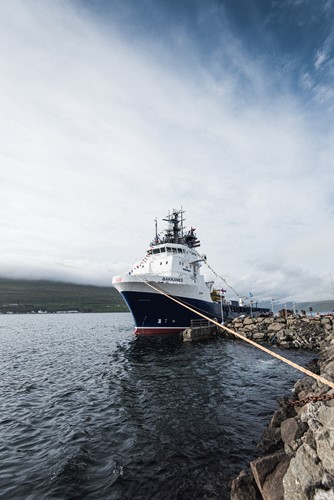 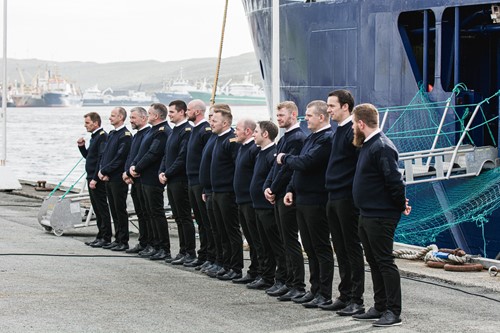 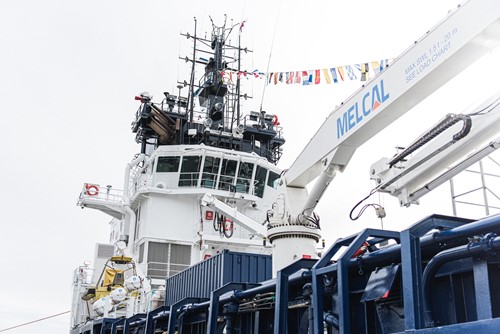 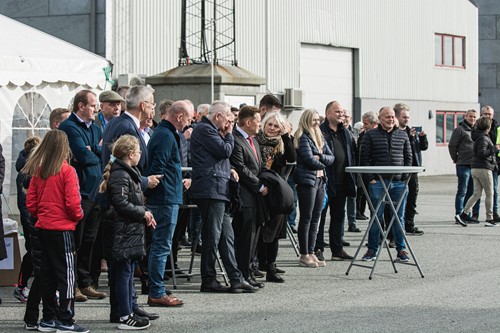 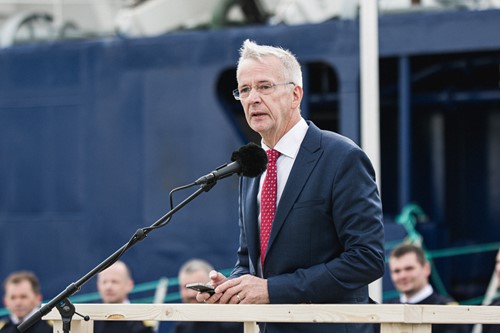 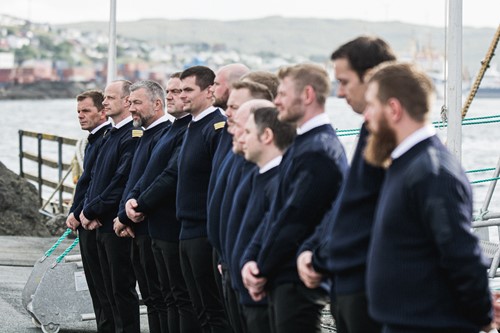 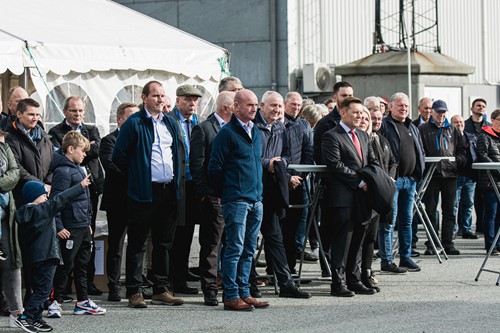 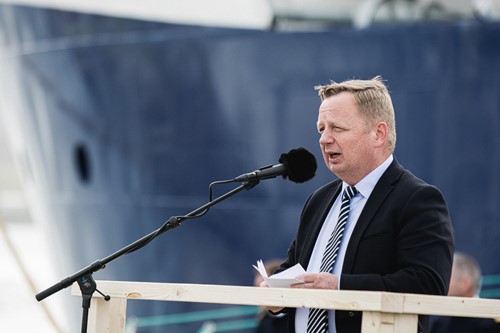 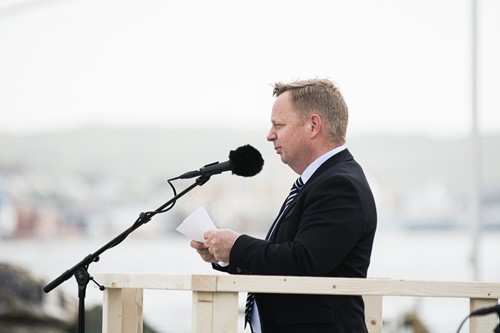 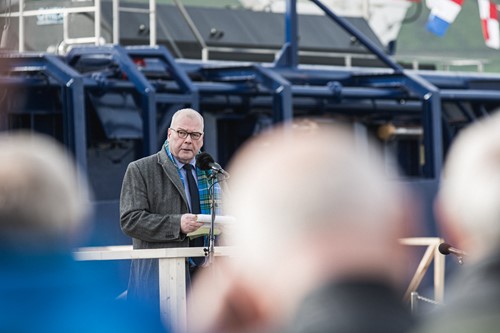 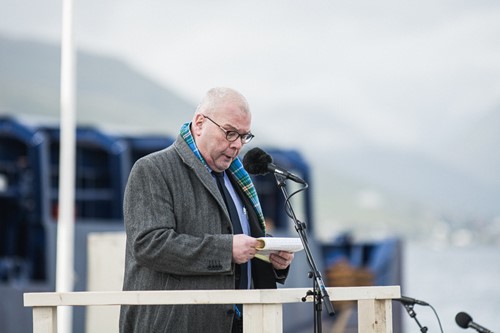 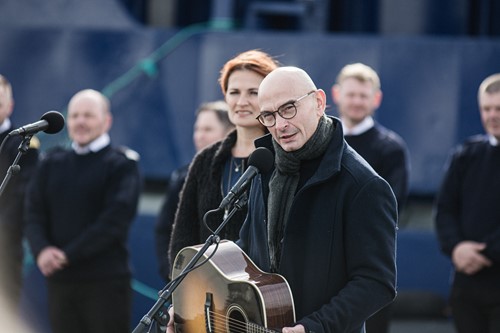 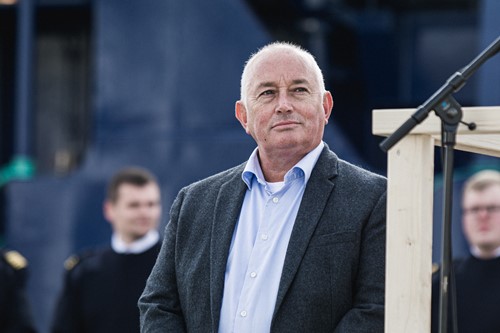 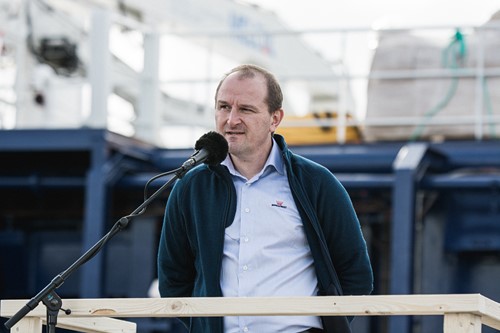 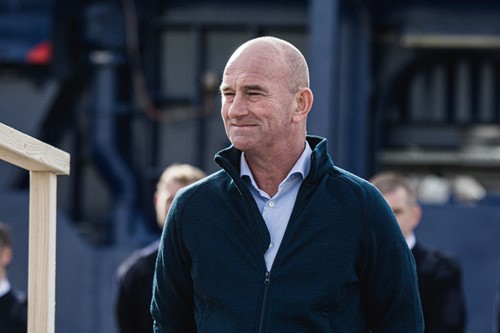 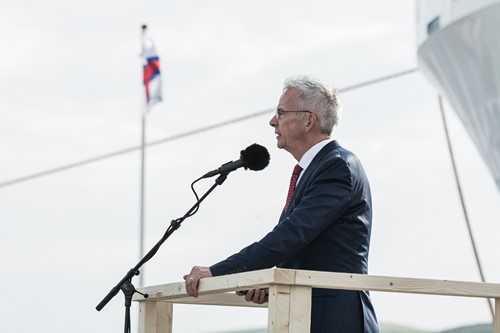 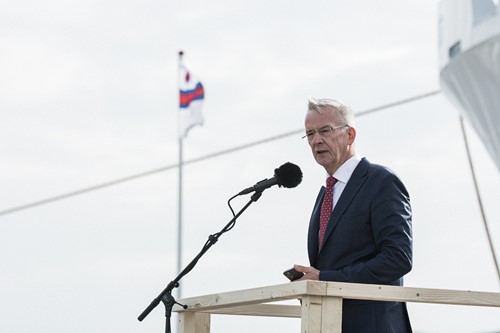 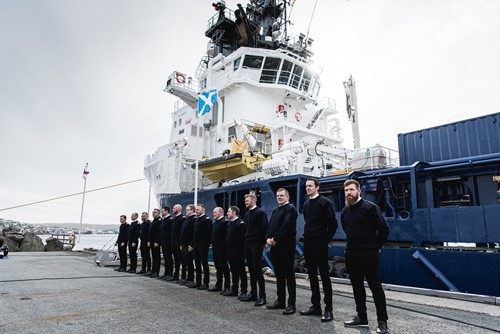 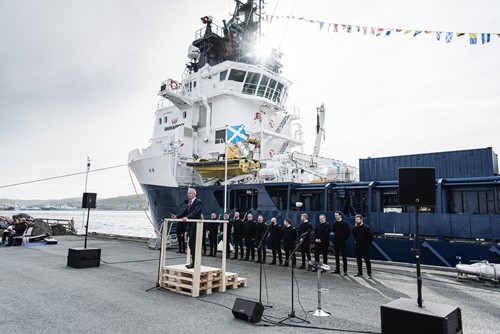 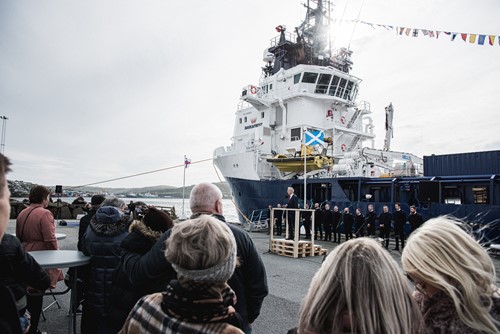 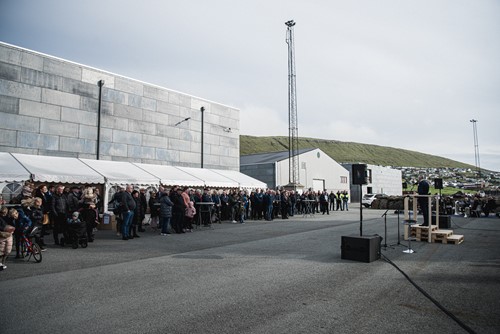 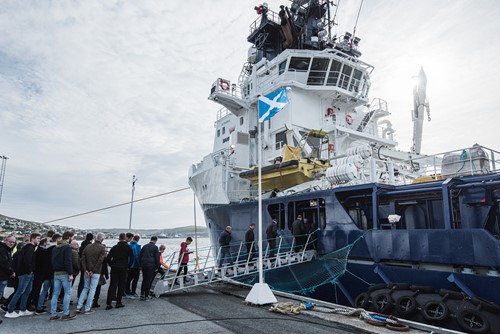 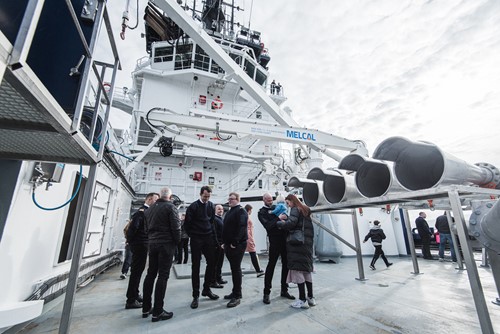 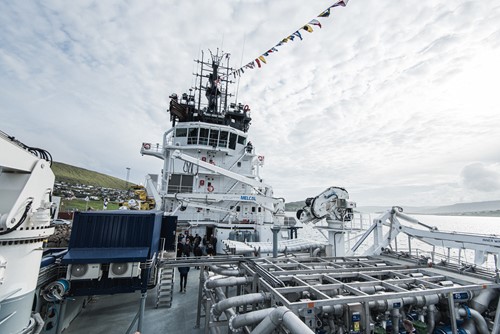 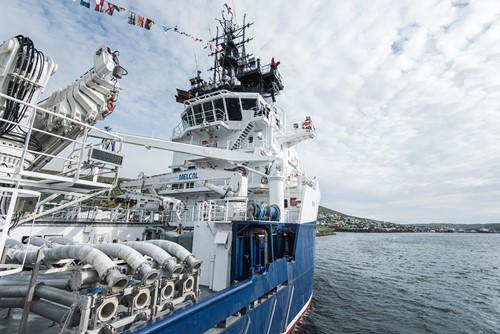 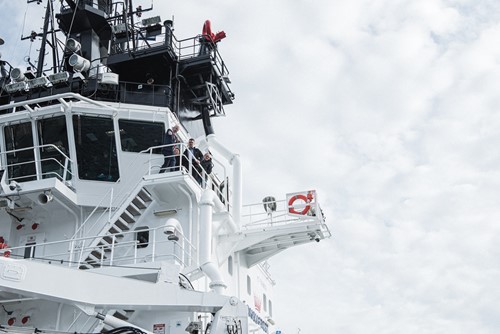