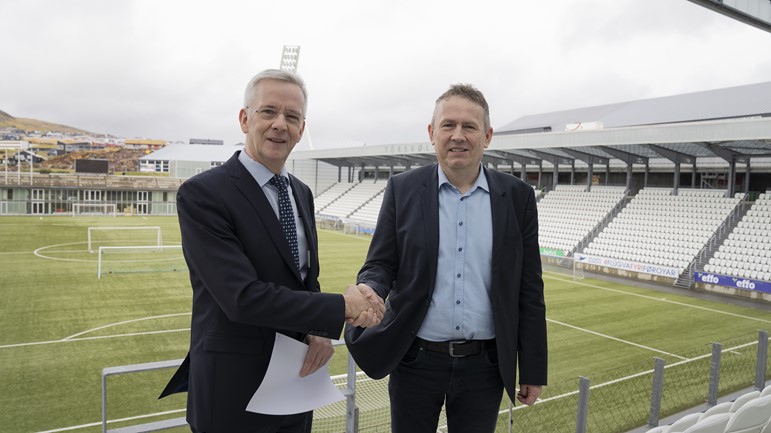 Since 2012, the Bakkafrost logo has decorated the uniforms of the Faroese men’s national football team, and this will also be the case for the next four years.
Today, 12 March, Virgar Hvidbro, general secretary of the Faroe Islands Football Association, and Regin Jacobsen, CEO of Bakkafrost, have signed a new contract valid until 2024.

At Bakkafrost, we are happy that the partnership between the Faroe Islands Football Association and Bakkafrost continues. The Faroese national team is undergoing an exciting development, and we are happy to join them on their journey.
The national team is very important to the Faroese people, and their performance reminds us that even though we are small, with diligence and skill we can accomplish great things.

- We see great potential in the Faroese national football team, and we are delighted by this opportunity. The national team has been a model representative of the Faroe Islands internationally, and we wish that people around the world recognize this, when they see our products in the stores around the world, says Regin Jacobsen, CEO at Bakkafrost.

- Bakkafrost is among the leading salmon farming companies in the world, and the fact that we carry their logo on our uniforms motivates us to set high standards and big ambitions for ourselves. This is exactly what the managers and the players of the national team do before every game, says Virgar Hvidbro.

The national team will play the first matches in the qualifier for the World Cup 2022 in Qatar this month. The Faroe Islands will play against Denmark, Israel, Moldova, Scotland, and Austria.

At Bakkafrost, we look forward to following the national team, and we wish them the best of luck with the World Cup qualifier. 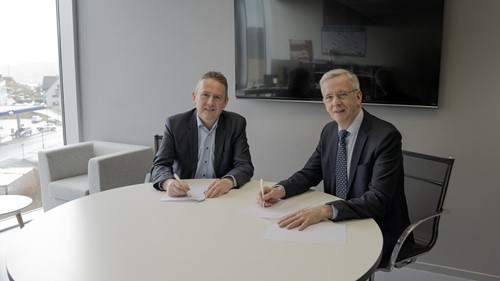