The following is a summary of the main events and milestones of the company since its establishment: 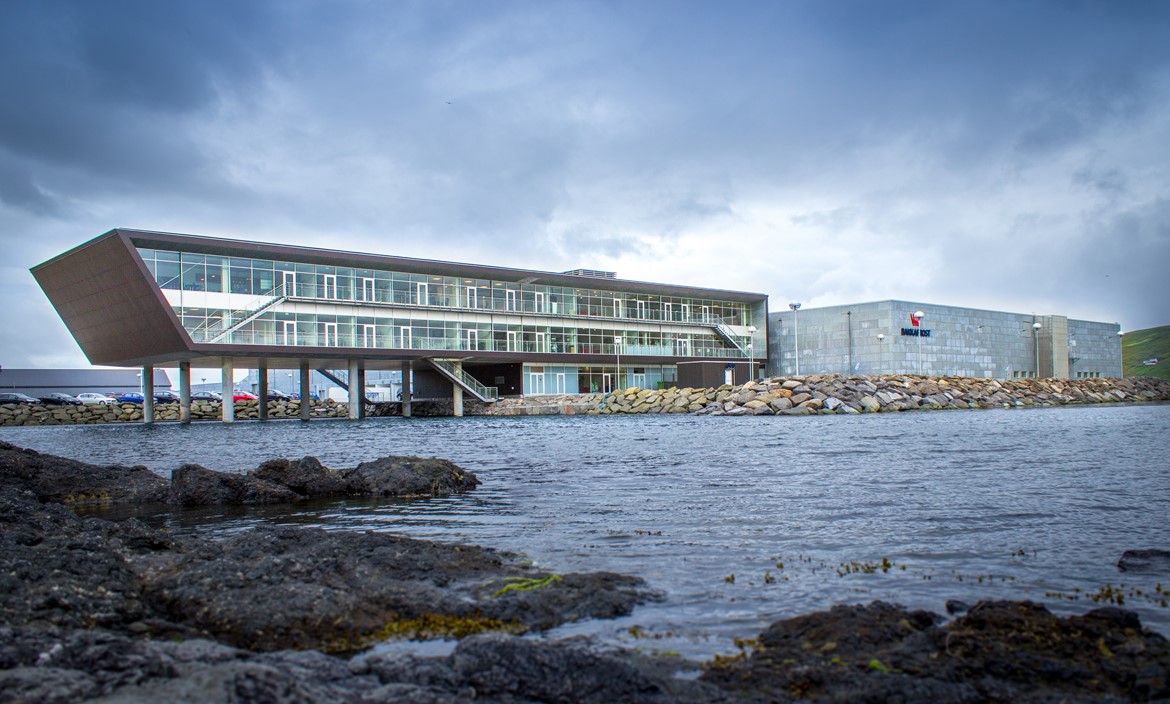 A book about Bakkafrost in connection with the 50-year anniversary: "From Faroese fjords to the wide world" -

1968 The Bakkafrost business was established by the two brothers Hans and Róland Jacobsen. The first processing plant was built the same year. The third brother, Martin Jakobsen, joined the company in 1971.

1972 A second processing plant was built in Glyvrar. The business idea was to catch herring in the Faroese fjords and to process and sell spiced and marinated herring fillets.

1977 Packaging of flatfish from other Faroese fish producers for the UK market began. This was mainly to stabilise the existing business, as the volumes of herring caught decreased.

1979 Bakkafrost started fish farming activities – one of the first companies in the Faroe Islands to do so.

1980s Development of the production of blue whiting into mince and surimi in the Faroe Islands began. The blue whiting stock plummeted in 1990, causing financial distress for the Group and the rest of the sector.

1986 P/F Bakkafrost was incorporated as Sp/f Faroe Salmon by Jón Purkhús and Heini Gregersen, and production of farmed salmon and smolt started.

1992 The Group was restructured by Regin Jacobsen, Hans Jacobsen and Martin Jakobsen. At this time, the Group Established P/F Alistøðin á Bakka, which had farming licences for salmon in two fjords, slaughtering capacities for salmon in Glyvrar as well as pelagic processing capabilities and production of styropor boxes for transportation of fish.

1995 A value added product (VAP) factory for salmon was built within an existing location, the factory in Glyvrar. The investment was limited, and the capacity was low. The company received a licence to produce smolt/fry in Glyvrar/ Glyvradalur.

1999–2001 The Group increased the VAP capacity to around 22 tonnes gutted weight per day through two separate investments during this period in order to facilitate further growth.

2006 The Group grew through acquisitions and mergers and increased its farming capacity by 15,000 tgw, to a total capacity of 18,000 tgw of salmon. The Group gained access to six new fish farming fjords and two hatcheries for production of smolt and fry. The Group made large investments to increase the VAP factory in Glyvrar to manage the increased volumes, and the factory reached a capacity of 55 tgw per day.

2008 The shareholders of Bakkafrost and Vestlax agreed to merge the companies. The merger was scheduled for 1 January 2010. P/F Vestlax Holding’s shareholders agreed to be remunerated in Bakkafrost shares. The Vestlax Group had a capacity of 11,000 tgw of salmon and trout and a harvesting plant located in Kollafjørður.

2009 This was the best year so far in terms of produced volumes, revenues and operating profit. The decision was made to list the company on Oslo Børs.

2010 Bakkafrost and Vestlax merged. The combined company is the largest farming company in the Faroe Islands with around 55% of the farmed salmon from the Faroe Islands. The fully integrated company, ranging from smolt production to farming to finished VAP products, harvested 21,626 tgw in 2010. On 26 March 2010, the company was listed on Oslo Børs and broadened its shareholder base. In addition to local Faroese investors, the company is now owned by international investors from all over Europe and the USA.

2011 Bakkafrost acquired P/F Havsbrún, a modern, internationally renowned producer of fishmeal, fish oil and fish feed situated in the Faroe Islands. The majority of the produced fishmeal and oil is used for its own fish feed production, and the rest is being exported. Bakkafrost was Havsbrún’s largest customer. P/F Havsbrún owned 78.1% of the farming companies P/F Faroe Farming and P/F Viking Seafood with a total of 5 licenses. Following the acquisition of P/F Havsbrún, Bakkafrost also acquired the minority shares in P/F Viking Seafood and thus controls 100% of the shares.

2012 The Havsbrún Group, acquired in 2011, was integrated into the Bakkafrost Group, and business synergies, created by this acquisition, were realised. The integration process included the reorganisation of the Group structure, and in order to comply with the Faroese farming law, 51% of the farming company Faroe Farming were sold. With effect from 1 January 2013, a sales company, Bakkafrost plc in UK, was acquired in late 2012.

2013 Bakkafrost announced its 5-year investment plan to make the onshore operation more efficient, to increase organic growth and to reduce the biological risk. Part of the plan is also building a new live fish carrier, “Hans á Bakka”. To reduce biological risk, Bakkafrost exchanged the farming site in Vestmanna with the site in Gøtuvík, previously operated by P/F Luna.

2014 The first part of the investment plan was finalised, as the new packaging plant was built in Glyvrar and came into production. A new hatchery, making Bakkafrost self-supplied with smolts, was built in Norð toftir and commenced production. The building of the new Harvest/VAP facility in Glyvrar started, and the construction of the new live fish carrier in Yalova, Istanbul, progressed. The ship will be delivered in June 2015.

2015 Bakkafrost started feeding its salmon with feed produced from fish oil, which is cleaned for environmental pollutants. Bakkafrost achieved ASC certification for the salmon farming site in Gøtuvík – the first farming site in the Faroe Islands to be ASC certified. In July, Bakkafrost’s new live fish carrier M/S Hans á Bakka was delivered.

2016 Bakkafrost launches new 2.2 billion DKK investment plan for 2016-2020. The investment plan focuses on building and expanding hatcheries. The goal is to reduce the biological risks of operation and strengthen competitiveness.
Bakkafrost acquires 100% of P/F Faroe Farming, which primarily operates in Suðuroy.
Havsbrún celebrates its 50th anniversary. As part of the celebration, a public concert inside Havsbrún’s new storage tunnels was arranged.

2018 Bakkafrost closes the acquisition of Faroe Farming. With the acquisition, Bakkafrost adds four farming sites and a harvest factory in Suðuroy to the operations.
Bakkafrost starts the integration of the Faroese broodstock programme, previously run by Fiskaaling P/F.
Bakkafrost updates the investment programme for 2018-2022 focusing on growth to 100.000 tgw in the Faroe Islands.

2019 Bakkafrost’s biogas plant, FÖRKA, is announced The Faroese Business Initiative of the year 2019.

2020 Bakkafrost acquires 100% of The Scottish Salmon Company.
Following a 7-year assessment period, all Bakkafrost farming sites in the Faroe Islands are certified to the ASC standard for responsible aquaculture.
Bakkafrost orders new wellboat from the Sefine shipyard in Turkey. The new wellboat will have a capacity of 1.000 tons of fish. The construction of the wellboat is expected to be completed in 2020.
The new hatchery at Strond starts full production. The building and expansion of the hatcheries at Norðtoftir, Viðareiði and Glyvradalur progresses.
The VAP-factory in USA moves into new state of the art facilites. The new factory is twice the size of the old factory.
FÖRKA commences production of electricity and heating from biogas. In December 2020, FÖRKA delivered 1% of the total electricity production in the Faroe Islands, equivalent to the usage of 1.200 households.
Achieved four-star BAP certification for our freshwater, marine and processing sites in Scotland.

2021 Bakkafrost purchases a new farming service vessel as part of its value chain investment programme to develop farming operations in Scotland and strengthen biological performance. The new vessel is named M/S Bakkanes and is a sister ship to FSV M/S Martin.